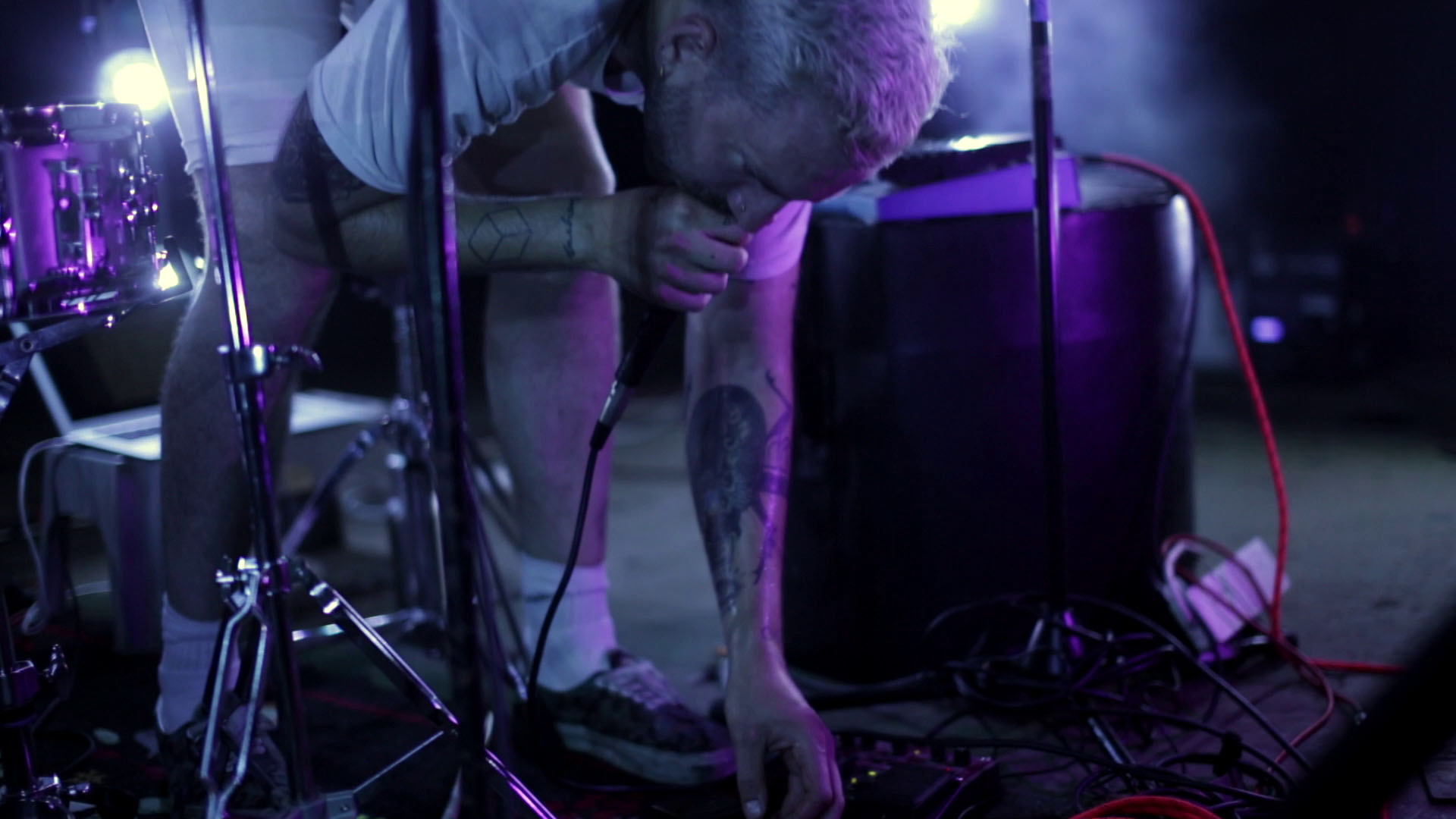 JOEL C MURRAY
THE MOON IS A FAKE MOON

Using a drum kit, loop stations and a repurposed guitar FX pedal, Murray experiments with form and structure to create pieces that are both composed yet also improvised - sections are adjusted and reshaped live - making each performance (and each take) something similar yet different to the last.

The lighting was designed by Venya Krutikov of The Kazimier / Invisible Wind Factory, and controlled via a custom TouchDesigner solution for the sound analysis and MadMapper for pixel mapping.

For the lights themselves, 40 custom resin-cast RGBWW fixtures were used to give a broad additive colour palette and allowed 360 degrees of light. Originally commissioned for a project delivered in 2019 (that was located underwater in a canal basin in Liverpool city centre), the units had to be fully waterproofed and so a clear resin casting method was employed. In the fabrication process some irregularities occurred which created some accidental but beautiful refractions which felt apt to employ for this video. In addition, the floor toms were run through a Roland drum trigger system which allowed Murray's drum hits to directly drive lights positioned underneath.